A man has narrated the harrowing treatment he suffered after being falsely accused of armed robbery.

Twitter user @waivyness said his ordeal began on January 14, 2019, when there was a robbery incident in his area.

Shortly after the robbery took place, he said he carried his mother’s bags as he saw her off to work. His mother stopped to commiserate with one of the victims of the robbery attack then they went on their way.

However, later in the day, when he and his mother returned home, youths in the area gathered in front of his house, informing him that he was needed at the police station to make a statement. On getting there, he was accused of being one of the robbers who robbed the night before.

Someone in the area had told the DPO that they saw him carrying two bags on the morning of the robbery. He explained the bags belonged to his mum but no one believed him. His mum also testified on his behalf, all to no avail.

He was thrown into a cell and tortured before being transferred to F-SARS in Ikeja where he spent two weeks before being released on bail.

Read his story below. 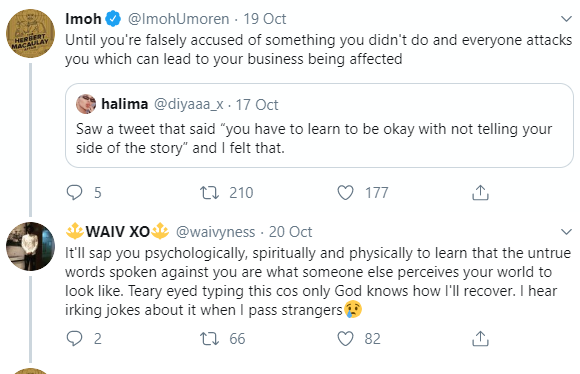 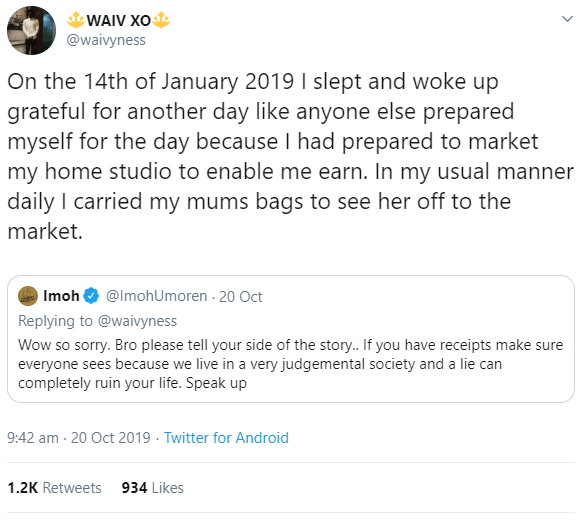 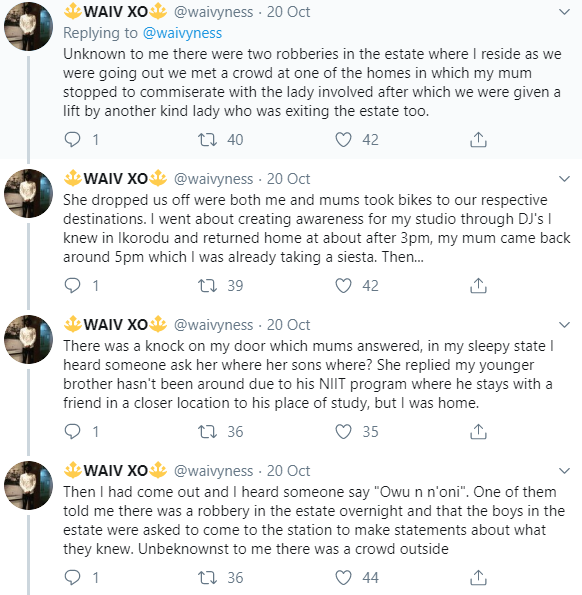 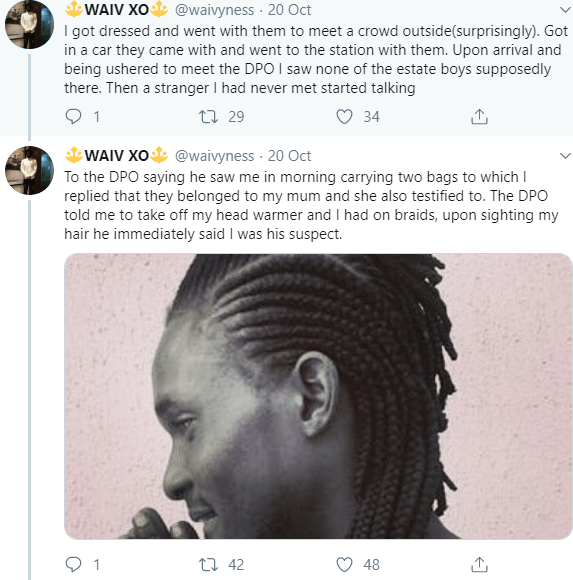 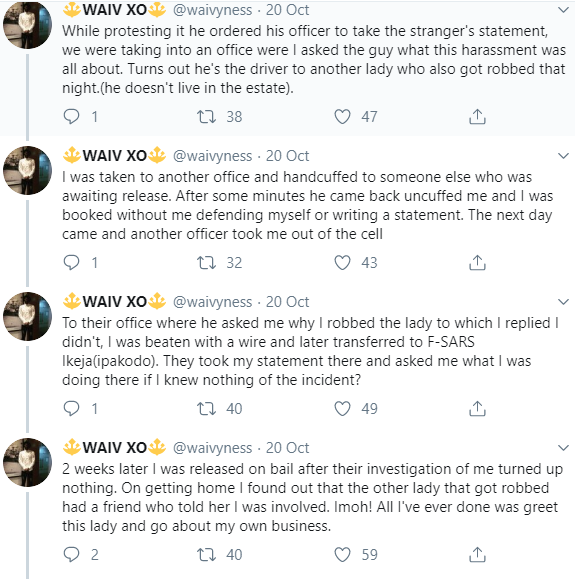 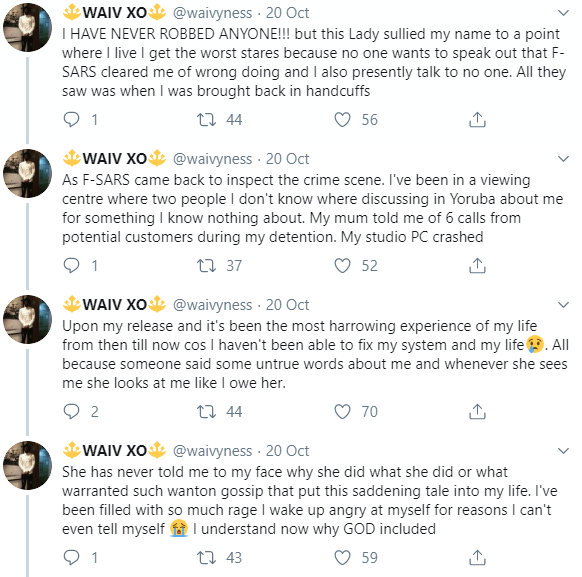 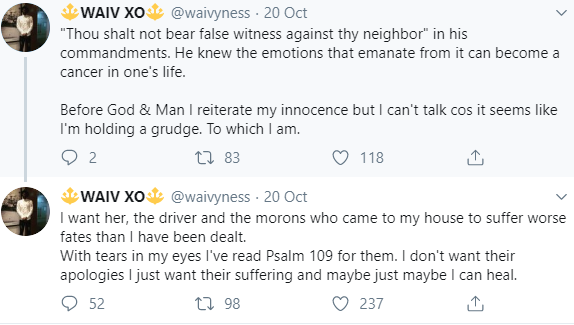