A Taiwanese tourist has been fined for wearing a skimpy bikini to a beach in the Philippines that left locals shocked.

Lin Tzu Ting, 26, was on holiday with her boyfriend in the popular tourist island of Boracay in the Philippines. She had visited Puka Beach in the area twice wearing a thong bikini that was described as being just a piece of string.

Shocked locals took a photo of her and shared online and this caught the attention of the authorities in the Philippines. 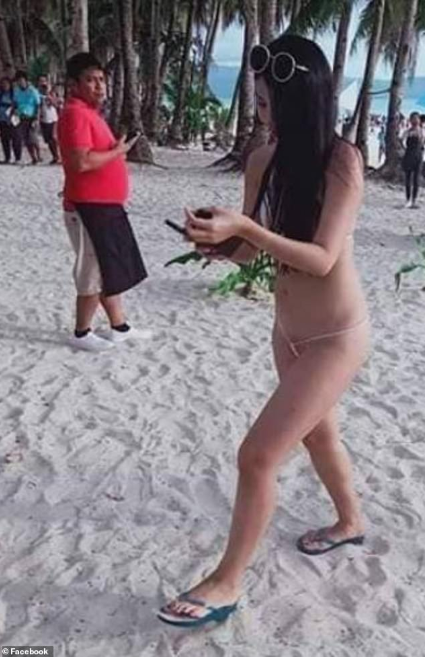 Ting was later tracked down to her hotel and was arrested. The exact charges against her are not known but it is believed to have something to do with the country’s current laws on indecency.

Jess Baylon, the Police Chief of Malay, which includes the Boracay, said: “Several residents and tourists took photos of her on Wednesday and Thursday because of what she was wearing. It was literally a string.

“In our conservative culture, it is unacceptable,” she said speaking to the Philippine Daily Inquirer.

The tourist claimed she did not know that wearing the bikini would be prohibited on the island and that it was her personal form of expression.

She was fined 2,500 Philippine Peso which she was told she had to pay before she could leave the island as planned on October 11.