A Nigerian man has called out two Nigerian ladies who he claims admitted to lying about the rape allegation made against him after he dragged them to court.

In a series of tweet shared on September 19, 2019 @Cynnerr (Cynthia) accused @ynotes_  of trying to rape her friend @_eggovin (Anita) after they met at an event and went out on a date. Cynthia further advised other girls to steer clear from him as he doesn’t take ‘NO’ for an answer.

However, it seems Anita lied to her friends Cynthia and Tega about the attempted rape for reasons unknown. 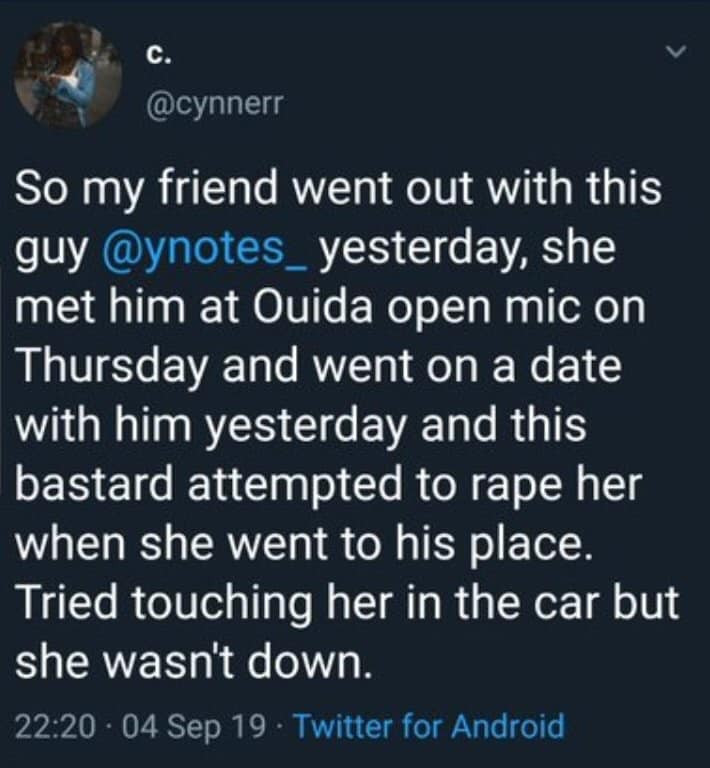 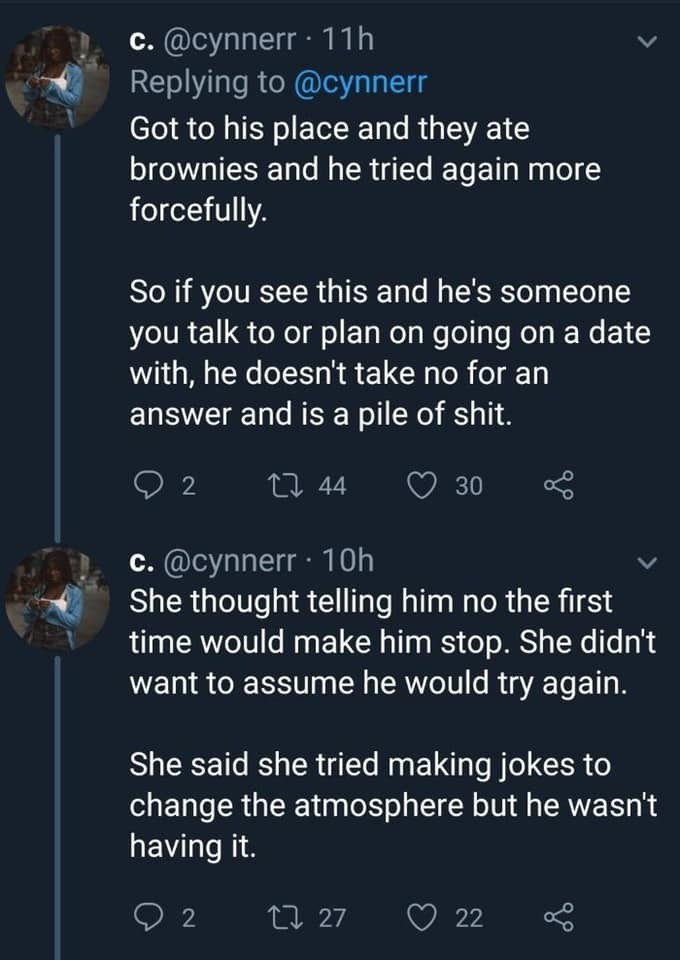 Sharing an audio clip of one of the ladies admitting that they lied about the rape allegation they made against him, @ynotes_ said he got blocked after he reached out to one of his accusers to publicly say the truth.

He further revealed that after they got court summons, a friend reached out to him for settlement out of court but the ladies weren’t forthcoming with his demand of publicly admitting that they lied against him because of ‘fear of backlash’

Read his tweets below; 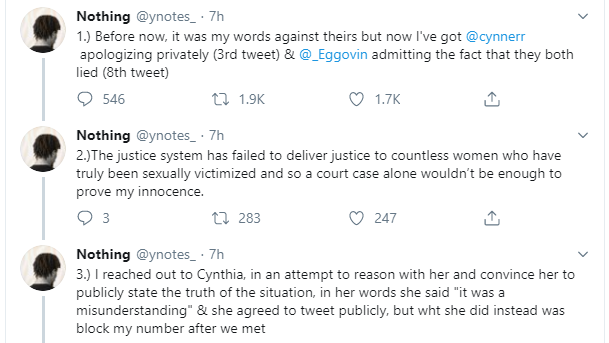 Here is the audio clip;

3.) I reached out to Cynthia, in an attempt to reason with her and convince her to publicly state the truth of the situation, in her words she said “it was a misunderstanding” & she agreed to tweet publicly, but wht she did instead was block my number after we met pic.twitter.com/zsKGxB5s45

7.) I’m not asking for favors. All I want is you guys @cynnerr & @_Eggovin to tell the truth, since they so easily decided to lie for clout on twitter. pic.twitter.com/DBdwLA1Mv9

9.) Cynthia is in a difficult situation here and I understand, but she came out with a statement that has adversely affected my life negatively and has refused to take responsibility. pic.twitter.com/rAb0DPPhSD