Student beats her boyfriend with slippers for cheating on her (videos)

A video that has gone viral on social media captured moment a University of Ghana student attacked her boyfriend, Papa Kofi Owusu Kwarteng with slippers for cheating on her with an unidentified lady.

The female student has been identified as Karen and she was heard saying in the viral video that she’s been stressed so much by Papa Kofi and can’t take it anymore. She also advised him to work on his demons while smacking him with her slippers.

After the video went viral with many calling out the University of Ghana student for assaulting her boyfriend, she was forced to share her reason for the attack.

Karen apologized for being abusive to her boyfriend and further added that she acted out of anger without thinking it through. According to her, Papa Kofi didn’t show any remorse for his action which was why she attacked him. 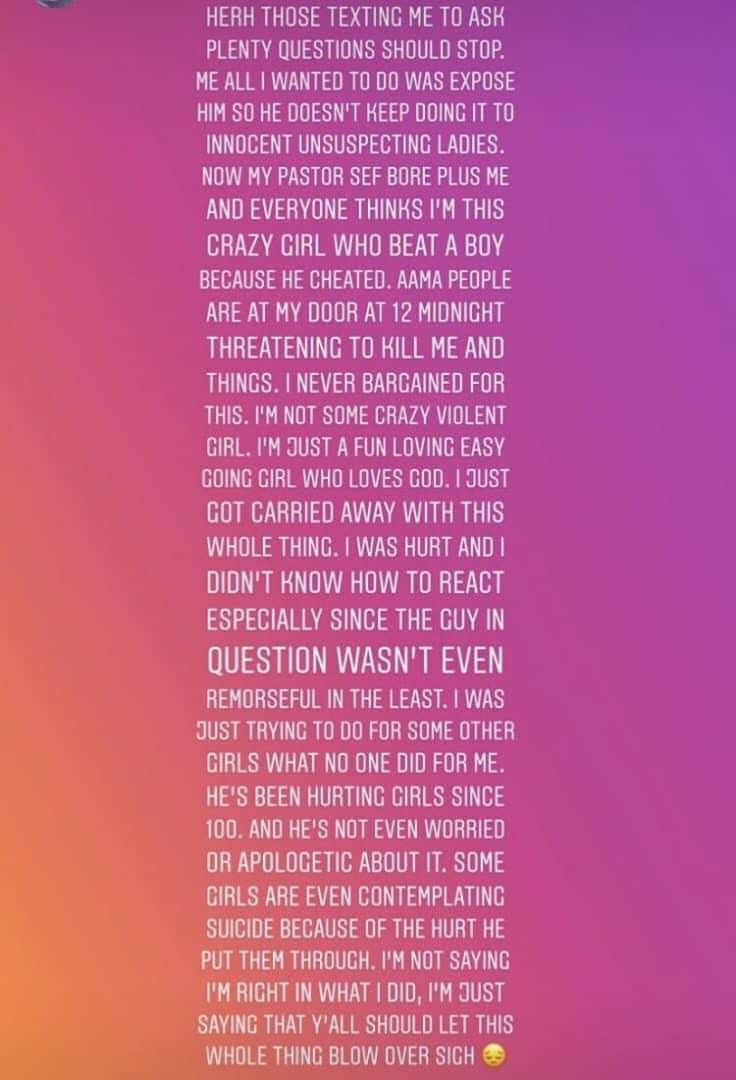 #Sexforgrades: ”Perpetrators must be made to face the consequences of their actions” President Buhari

Alexei Leonov, the first human to walk in space 54 years ago, dies at 85

Spurs Move Up To Fifth On Premier League Table

Odion Ighalo, First Nigerian To Play For Man-U Since Inception

Everything You Must Know About Online Casinos

paggers Apr 7, 2020 0
OAP Daddy Freeze has taken a swipe at the founder of Christ Embassy, Pastor Chris Oyakhilome over his recent…
TRENDING

COVID-19: Otedola Calls Out Those Yet To Redeem Their Pledges

What To Do With The Kids? DStv Got The Answer