Rita Daniels, the mother of actress Regina Daniels, recently had an interview with BBC pidgin English where she replied those saying her daughter married a Methusela. Nigerians attacked 20-year-old Regina after she got married to 59-year-old billionaire businessman, Ned Nwoko. 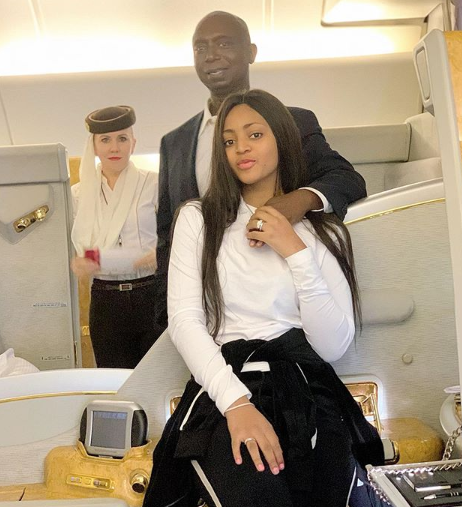 Speaking in pidgin English, Rita said Regina told her that she wanted to marry at an early age. According to her, it is love that binds Ned and Regina together and she has no right to stop her daughter from falling in love.

This small girl that you guys are talking about, she is an old woman because the kind of wisdom she has, those nonsense people that are opening their dirty mouth to talk don’t have it. On the 10th of October she will be 20 years.  She told me that Mum I want to marry at an early age. Recently they are saying Regina married Methusela, one old man….

Watch the video from the interview below